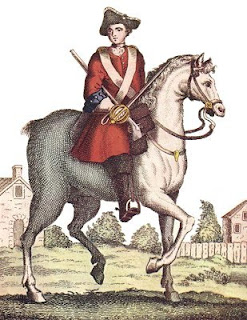 I have just finished reading my fellow-hoyden, Kim Murphy’s novel “Promise and Honour” set in the American Civil War. I hope I am not giving too much away when I say one of the secondary characters is a “girl soldier”, a young girl who disguises herself as a man to fight as a soldier. Well over 200 cases of these women warriors were recorded in the annals of the American Civil War and they followed a long tradition of “she soldiers” throughout history, beginning with the Amazon women of Ancient Greece.
Women have always followed armies and their lives and stories are inextricably woven with those of the men. For the whores, it provided a guaranteed source of clientele and until Florence Nightingale and the establishment of professional medical and nursing corps, the wives and mistresses of soldiers and officers followed the drums and between bringing up their children, performed the duties of laundry maid and nurse. And then there were those, like “Jo” in Kim’s book, who joined up to fight.
Why did they do it? For some it became an economic necessity, a way of ensuring a semi-regular form of income and even a pension for their families should they be killed rather than remain at home in poverty to become a charge on the parish and eke out their lives in a workhouse. Then there were those who were simply following their heart either accompanying or searching for their husbands or lovers. There are those like a certain Joan of Arc who had a higher purpose!
The English Civil war was no exception. Women played an enormous role in the defence of their homes and their towns and in the ranks of both royalist and roundhead there are cases of women standing shoulder to shoulder with men in the ranks. Unfortunately actual details of these women is hard to come by and one has to rely on contemporary ballads such as “The Gallant She –Souldier” of 1655 or “The Valiant Vergin” to gain some insight into the lives of these women. Disguise in the bulky clothes of the period would not have been hard and the sanitary conditions of the day would not have invited much speculation about the sex of their fellow soldier.
Some of the recorded cases of these “she soldiers” include a newspaper report of July 1642 (before the real fighting of the war began) of a young girl disguising herself to be near her lover and in November 1645 Major-General Poyntz of the New Model Army reports capturing a female corporal among the royalist prisoners. One of the best records concerns Anne Dymocke, who came from yeoman stock in Lincolnshire. In 1655, she disguised herself as a man in order to remain with her lover, John Evison. The match had been disallowed by her family so they ran off together and she and John posed as brothers for the next 2 years, travelling the countryside. Following John’s death in 1657, she enlisted as a soldier in the Army using John’s name and her disguise was only uncovered in Ayr in Scotland. Contemporary reports have only the highest regard for her “modesty”.
Although she doesn’t belong to the period of the English Civil War, perhaps the best known seventeenth century “she soldier” is Mrs. Christian Davies, known as Kit Cavanagh or Mother Ross. She was the subject of a biography by Daniel Defoe “The Life and Adventures of Mrs. Christian Davies, commonly called Mother Ross…Taken from her own mouth when a Pensioner of Chelsea Hospital”.
Born in Ireland 1667, Kit was, by her own account, something of a tomboy. However she married Richard Walsh and the two ran a pub together until, in 1691, Richard suddenly disappeared, apparently by force or choice, into the army. Kit left her pub and her children, disguised herself as a man by cutting her hair, wearing her husband’s clothes and padding her Waistcoat “to preserve my Breasts from hurt” and joined the English Army. There she served as an infantryman and fought at the Battle of Landen. Despite being wounded and captured by the French, she maintained her disguise and was exchanged without either side knowing her true gender. Following a duel (over a woman!) in which she killed her protagonist, “Mr. Welsh” was discharged from the Army but promptly re-enlisted as a dragoon and continued a sterling military career. Despite being wounded and having a prostitute claim that “he” was the father of her child, her gender went undetected. Her guile at concealing her disguise, even extended to a novel way of urinating standing up! After thirteen years she finally found her husband – with another woman! He agreed to keep her secret and she went back to soldiering. At the Battle of Ramillies in 1706 she was wounded again and this time her sex was discovered. So highly was she regarded that the Army continued to pay her and she took on the role as a “sutler”. After the death of her husband (she spent two days turning over the bodies of the fallen at the battle of Malplaquet in order to bury him) she married two more times and saw out her life as a Chelsea Pensioner. She was buried with full military honours.
I suppose I feel some affinity with these gallant warrior women as I served in the military forces for nearly twenty years, admittedly in a peace time army. It could not have been an easy life for them, but in some ways, compared to the hardships they faced if they remained at hearth and home, at least dressed as men, they were independent mistresses of their own destiny.
Posted by Alison Stuart