Writing About The 17th Century 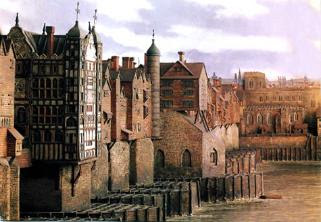 Author Alison Stuart, award winning author of 'By The Sword' e-mailed me recently asking if there was a way authors who write in this era find the 17th Century is largely overlooked?

Living in my head most of the time I found this surprising. I mean doesn’t everyone know about the ‘Merry Monarch’ Barbara, Lady Castlemaine, Nell Gwynn and his other mistresses? Isn't everyone aware of The Plague, followed the year after by the Great Fire of London that burned for three days? Doesn’t everyone visualise ‘Olde London’ as a maze of narrow, crooked streets where timbered houses overhanging the cobbles jostle side by side and sedan chairs rush to and fro carrying men in long bottomed wigs, wearing knee length coats, stockings and high heeled shoes.

The 17th Century tends to be lumped between ‘Medieval’ and ‘Early Modern History’, when really it’s neither. So maybe we can bring new light to this fascinating period in English and European History with Alison’s idea and explore resources to lift reader interest in this period.