Shiver me timbers and pieces of eight... garrr..! No it's not "Talk like a pirate Day", it is a very special guest to Hoydens and Firebrands this week, 17th century passionista, Francine Howarth on the subject of Pirates and Plunder and a look at one of the greatest privateers of his day - Henry Morgan. Terrific post, Francine!

Hi, I’m Francine, and first, may I say a big thanks to Hoydens and Firebrands for letting me loose on this fab blog of theirs. The archives hereabouts are a veritable 17th century treasure trove.

The above words, alone, convey the atmosphere of tall ships fully-rigged, canting to the wind, their gunwales kissing the water. It’s all too easy to envisage one vessel given to the chase, the other in flight. Let’s not forget the white skull and crossed bones emblazoned upon a black flag, the very quintessence of a pirate ship one sees at the movies. 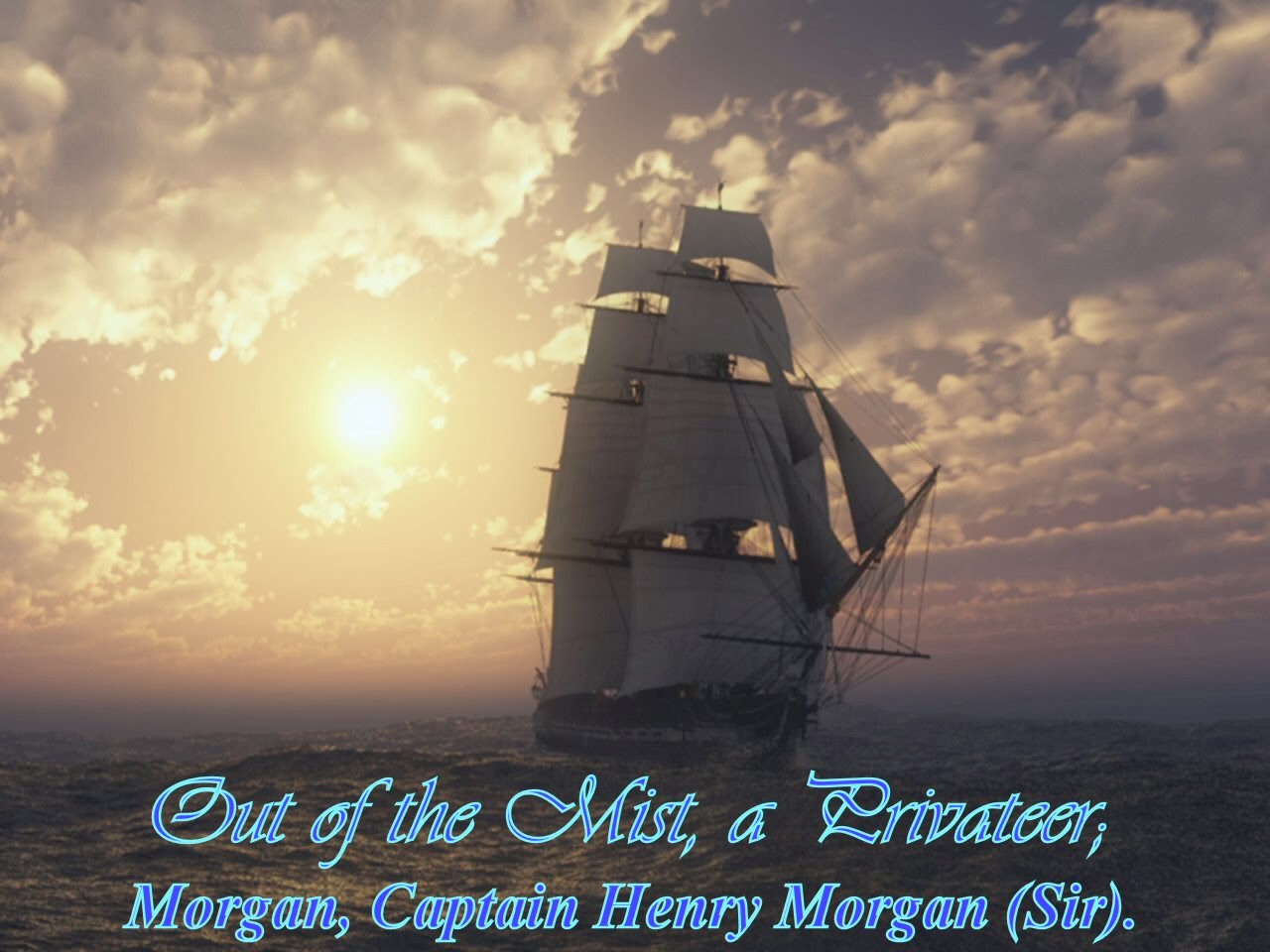 When you stop to think, truly think in terms of strategy and the ultimate goal of a buccaneer-cum-pirate captain, it stands to reason that if a pirate ship weaves back and forth across a trading route, it will, eventually, encounter a ship or two, and maybe the captain and crew will strike lucky on worthwhile booty. Ha, all sounds a bit hit ‘n’ miss, though, does it not? And yet, small fleets of pirate ships plying plotted courses often caused mayhem on the Spanish Main. But who were the original buccaneers? The name itself is a loose term applied to pirates in general, and authors across the centuries have attributed the title to almost any man who sailed the seas and plundered ships, ports, and ran the gauntlet in the face of Navy vessels hunting them down.

The original buccaneers (boucaniers) were the native inhabitants of the West Indies, who, over the centuries had discovered they could preserve meat by roasting it on a barbecue and curing it with smoke. The barbecue consisted of a fire pit and grating (a buccan), the meat thus referred to as boucan. Over time, escaped slaves, criminals and indentured servants formed clans of likeminded souls who were hell-bent not only on survival but revenge on past masters. The Caribbean & Bahamas became their base, from which they gained prominence any-which-way they could. Robbery, murder and mayhem on a quayside brought forth fortune with stolen ships and wares, and once they had set sail they sought their own havens amidst the scattered islands. And so the buccaneer had come of age.

On the other hand, the privateer, was indeed a very different kind of pirate, and in some respects, the name pirate was insulting to his self-esteem. He was a man who owned, or had loan of a heavily armed ship, itself manned by officers who were equally commissioned by governments and by kings and queens for war service. Whether as a reader or movie buff - have you ever thought how much plotting, planning, intrigue and spying truly occurred within the world of the privateer? Hence, some pirates and privateers were more successful than others.

In getting away from the extremely famous Elizabethan privateers/buccaneers (Sir Francis Drake et al) and the later notorious 18th century pirates (Blackbeard etc), I’ve always been a little intrigued by the likes of those who were plying the oceans throughout the period of the English Civil Wars and the early years of The Restoration: this being my favoured period in history.

To name but one - of wealthy lineage - Henry Morgan (Sir), one might assume the knighthood bestowed by Charles II was Sir Henry Morgan’s only claim to sense of wealth and status. After all, he was but a privateer: a pirate! Well, yes, that’s true, but he came from a distinguished family known as the Tredegar Morgans’. It is said the Morgans’ were more of a clan and had cadet branches all over South Wales.

Now, is that not a handsome young man of his day?

Indeed, methinks Henry Morgan cut a dash with the best of his ilk. So, let’s start at the beginning with a bit of the Tredegar Morgans’ history. There were once three brothers, Thomas, Robert and Edward: the family thus torn apart by the English Civil Wars.

Henry Morgan’s Uncle Thomas, became Major-General Sir Thomas Morgan, 1st Baronet (1604–79). He served as a Commonwealth/Parliamentarian officer English Civil War (1642-49). He was appointed Governor of Gloucester in 1645. He fought in the Low Countries, and when wounded 1661 he retired to his estate at Kynnersley, Hertfordshire. He was also instrumental in the restoration of Charles II. In 1665 he was recalled by Charles II to become Governor of Jersey, he died at St Helier in April 1679.

Henry Morgan’s father, Robert, (born circa 1615) was the Squire of Llanrhymny, (now Rhymney) which lies three miles from Tredegar. Someone had to run the family firm! Or maybe being the piggy-in-the-middle brother, Robert Morgan couldn’t decide which side of the divide was for him and instead sat on the fence.

Henry Morgan’s Uncle Edward, became Colonel Edward Morgan (born circa 1616) Edward served as a Royalist officer during the English Civil Wars (1642-49). He was Captain General of the Kings forces in South Wales. After the King's arrest and execution, he fled into exile along with Charles II and the royal court.

Many families were torn asunder by the English Civil Wars, sometimes father, sons and brothers were on opposing sides. Henry Morgan was born around 1635, thus by 1650 he was 15 yrs old. His virgin voyage was to Barbados in 1655 as a junior officer of an expeditionary force sent there by Oliver Cromwell. But when did Henry first enlist with the Parliamentarian forces, and was he influenced to do so by his Uncle Thomas, or was he a Royalist spy under the influence of his Uncle Edward (Cavalier)? Well, it seems he enlisted as a Pikeman. He once said in the writings of an official report when serving as privateer under marque from Cromwell and later Charles II: “I have been more used to the pike than the book".

Whatever his ultimate aim, at the time of his enlistment and exploits at sea, he learned fast from his masters, the likes of Venables (General) and Christopher Mings (Commodore). Morgan was a soldier first before becoming a master of the seas. As time passed Morgan found his feet as a captain and was clearly a strategist. Spies became key to successful missions, and let’s be honest Cromwell’s spy network bettered that of the Elizabethan spy network, hence Thurloe (Cromwell’s spymaster) always seemed as though one step ahead of Royalist thinking.

And so it was, after the taking of Jamaica and many other less noted ventures, along with a flotilla of privateers, Santiago (Cuba) was plundered. Morgan also commanded a vessel in the attack on the Mexican coast 1663: their target Campache. In the raid 1100 men who were described as privateers, buccaneers and volunteers sailed more than 1000 miles. Campache was a town defended by two forts and a regular garrison of Spanish troops. The town fell after a day of fighting and fourteen Spanish ships were sailed away from the port. 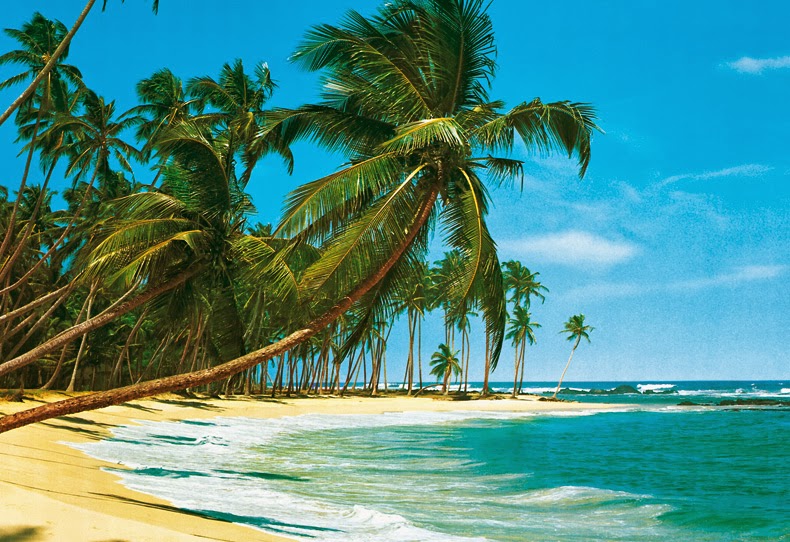 Henry had his failures, too, embarrassing ones, and his life did indeed seem charmed whilst ashore and threatened when at sea. He often turned disaster into triumph, and being a soldier first over that of his role as a sea captain, he once yomped men 50 miles across land to sack a town, only to return to his ships to discover the Spanish had captured them. Undaunted, he captured two Spanish ships and four coastal canoes and continued on his epic voyage of 500 miles of exploration and plunder. He had one ship blown from beneath him by crewmen who either lit candles or were smoking too close to the gunpowder store, and another ship he lost on a reef.

The above is a scant example of Morgan’s daring adventures. After the sacking of Panama he was recalled to England to account for his actions, re a peace time atrocity. Fortunately, for Henry, Charles II slapped him on the shoulder with a sword and Henry walked away as Sir Henry Morgan.

And of course, ending on a romantic note: after the restoration of the monarchy in 1660, Henry's uncle Edward was sent to Jamaica as lieutenant governor. By then, already famous in Jamaica, Henry courted and married his uncle's oldest surviving daughter, Mary Elizabeth. Henry remained faithful to his wife until his death in 1688. They never had children. 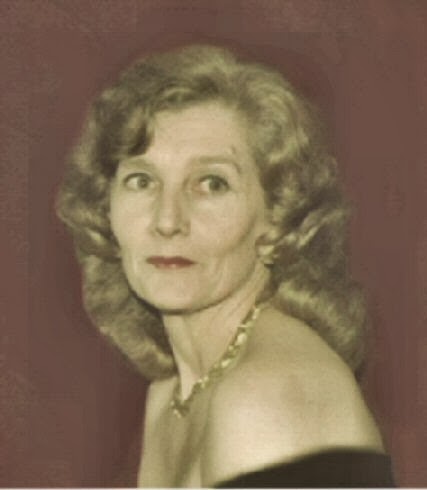 Francine is an avid book reader and one-time professional book reviewer for a Sunday supplement. In her own words: "I started reading and writing at an early age, but you see, the family library became akin to an Aladdin’s cave, where delights abounded, and the higher I could reach the more delights I discovered until old enough to climb the library steps and not get caught reading adult material. From Greek classics to raunchy French novels, the art was in finding the latter, secreting them away and then reading the very naughty ones with a torch in bed: under the bedcovers! In the 1990s I partnered a book publishing enterprise alongside an equestrian business, and now, I'm merely an ex-mainstream erotic/romantic suspense author turned self-publisher of historical romances: by choice, literally. Half my output consists of Georgian/Regency romantic historical murder mysteries. The other half are novels set within the English Civil Wars and the reign of Charles II, referred to as the Royal Series. I prefer penning fiction where my imagination can run wild alongside real-time past events. But again, mystery, suspense and intrigue are part and parcel of the Civil War novels. Of course, it could be said the first book sets the scene for a series of five books, but it’s more than that, it’s about divided loyalties and the trauma of betrayal. The first three are completed and published, the fourth part written, the fifth in draft outline". So that's moi, reader and writer in a nutshell. Other than my writing life, my private life is very private.