Even by the standards of his age, King James VI of Scotland, who later became James I of England, stood out as a deeply superstitious man, ruled by his obsession with the occult.

Before his reign, witchcraft persecutions had been rare in Britain. But that all changed in 1590 when James personally oversaw the trials by torture for around seventy individuals implicated in the North Berwick Witch Trials, the biggest Scotland had known. The witches’ alleged crime? Raising a storm which nearly sank James’s ship when he sailed home from Norway with his new bride, Anne of Denmark. Possibly dozens of accused witches were executed by burning at the stake, although the precise number is unknown.

In 1597 James published his book, Daemonologie, his rebuttal of Reginald Scot’s skeptical work, The Discoverie of Witchcraft, which questioned the very existence of witches. Daemonologie was an alarmist book, presenting the idea of a vast conspiracy of satanic witches threatening to undermine the nation.

In 1604, only one year after James ascended to the English throne, he passed his new Witchcraft Act, which made invoking spirits a crime punishable by execution.

James’s ideas on witchcraft were later popularised by Shakespeare’s play Macbeth, which had its premier performance at James’s court in 1606. For the first time in history, English drama depicted witches gathering in secret for their own malign rituals and scheming.

The weird sisters, hand in hand,
Posters by the sea and land,
Thus do go, about, about,
Thrice to thine, and thrice to mine,
And thrice again, to make up nine.
Peace, the charm's wound up.
(Macbeth, I,iii, 32-37)


According to Instruments of Darkness by James Sharpe, this terror of supposed witch covens was the driving factor mobilising 17th century witch hunts. Previously the belief in witches’ covens had been a Continental European concept, foreign to traditional British folk magic, practised by individuals, not collectives. No evidence exists that supposed witches in Early Modern Britain organised themselves into collectives, and nothing of the black mass can be traced to England at this time.

Six years on, in 1612, the King’s paranoid fantasy of satanic conspiracy, planted in the minds of local magistrates hoping to earn his favour, culminated in one of the key manifestations of the Jacobean witch-craze: the trials of the Lancashire Witches of Pendle, which resulted in the execution of seven women and two men. According to Thomas Potts's The Wonderfull Discoverie of Witches in the Countie of Lancaster, the official trial transcripts, the accused allegedly gathered "according to solemn appointment" at Malkin Tower on Good Friday, "with great cheer, merry company and much conference," and then plotted to blow up Lancaster Castle with gunpowder. As far-fetched as this scenario seems--where would a group of impoverished commonfolk even get hold of gunpowder--it fed directly into James' fears following the Gunpowder Plot of 1605.


Speaking of the Pendle Witches, local preparations for commemorating the 400th anniversary of the 1612 Lancashire Witch Trials are underway. Read more about it here.
Posted by Mary Sharratt 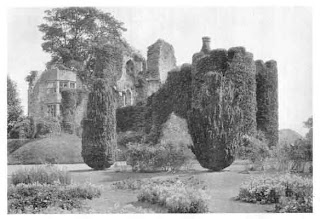 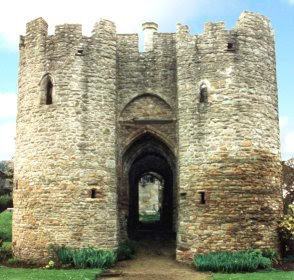 On water and germs

(Men bathing, 17th century Italy)
As winter approached in Canada this year, everyone caught "swine flu" (H1N1) nerves. Like many, I felt uneasy in crowds, and I think I would have felt uneasy in a crowded public pool or sauna, as well. There is something a wee bit intimate about sharing hot, steamy air, and hot, steamy water during a health scare. Our instinct is to retreat.

Imagine a world where at least one-third of the population dies horribily over the course of a short four years. This is what happened after the Black Plague came to Europe in 1347. Twenty-five million people died during that first outbreak. Other outbreaks continued sporatically for 350 years, often with devastating effects. The fearful Plague was never far from the minds of men and women in 17th century Europe (which may help account for the profound spiritualism of the period).

Needless to say, fear of getting sick was uppermost in most people's minds. Theories abounded about how to avoid it. In 1348, the medical facultiy of the University of Paris concluded that the Plague was caused by an unfortunate conjunction of Saturn, Jupitoer and Mars, causing infected vapours to rise up out of the earth and waters. The obese, intemperate and over-passionate were most at risk.

Also at risk, they claimed, were people who took hot baths, because hot water opened the pores of the skin, allowing the Plague to enter.


Not only could bad things enter the body through water, but the all-important balance of the four humours could also be upset through pores opened by moisture. [The Dirt on Clean, page 95]

Soon water immersion was believed a threat in a number of ways to a person's health ... and so began the end of personal bathing for several centuries — the dirtiest in the history of Europe.

In 17th century France (my period), the aristocracy rarely bathed, washing only their hands and feet, and face, on occasion. They believed that a linen chemise cleansed them better, drawing sweat away safely. The King and his brother changed their linen chemise three times a day and were thus considered clean.

(Right) The Sun King's son, Le Grand Dauphin, had his hair combed for the first time at seven months, and his first bath at the age of almost seven.

Ironically, many bathed (clothed) in the rivers and lakes (not the ocean, however, which was still considered too fearful). Also, the aristocracy regularly went to mineral water spas, for reasons of health. This practice began to change water's reputation as a promoter of disease to a promoter of health — but even so, very slowly.

We still have a long way to go to achieve the standards for personal cleanliness set long ago by the Romans, who went to the baths for two to three hours a day.


Reference: The Dirt on Clean; An Unsanitized History, by Katherine Ashenburg.