By the beginning of the seventeenth century, the Ottoman Empire controlled the Mediterranean through its mastery of  northern Africa, the Holy Land, Greece and the Aegean Sea. It also controlled the Balkan countries and Hungary.  Over the two preceding centuries it had risen to the zenith of its power and influence but the 17th century would begin to see its decline. The “Habsburg-Ottoman” wars had been ongoing conflict since the 15th century as the Habsburg dynasty defended its territories in Spain and in Austro/Hungary.

Vienna was the prize the Ottoman Empire sought for its strategic importance in controlling the Danube and land trade routes. It had come close to gaining it in the 1530s when the Ottoman Sultan, Suleiman the Magnificent, laid siege to the city. Although badly outnumbered, Archduke Ferdinand, resisted stoutly and the Ottoman army withdrew, allowing Ferdinand to regain some of the lost territory in Hungary. By the start of the sixteenth century, Europe dissolved into the Thirty Years war (which I have written about in earlier posts HERE). The destabilisation allowed the Ottomans once more to set their sights on Vienna and in 1663 the Ottomans once more invaded Austria.

Their advance ended disastrously at the Battle of St. Gotthard, owing mostly to the intervention of the French on the side of the Austrians. Unfortunately the distraction of the French conquests on the Rhine did not allow the Austrians to follow through on their victory and the Ottoman Empire remained in control of Hungary, a predatory and restless neighbour.
Despite being well prepared, the besieging forces cut off all outside resupply routes to Vienna and by September, the city was suffering severe hardship. Kara Mustafa could possibly have taken the city at that point with an all out attack but it is speculated that he wanted to take the city and all its treasures intact and an attack of that nature would inevitably lead to destruction and looting.

The Treaty of Warsaw had been invoked and in September Jan Sobieski and the Polish forces joined with those of Leopold. Command of the 70,000 allied forces was given over to Sobieski and he turned to confront the Ottoman forces of over 150,000. 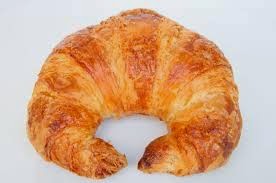 (Alison's next book, a regency set romantic suspense, LORD SOMERTON'S HEIR will be released by Escape Publishing on 1 May)