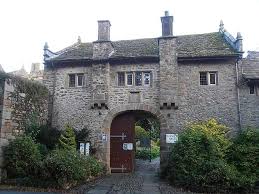 I love house stories, particularly if they involve haunted houses! Thanks, Dee.
Poor Charles would need considerable solace after the crippling defeat at Worcester.

Hi Alison, the story (or legend)of this liaison becomes more complicated the more I research it, but it is fascinating anyway!

I slept the night in the four poster bed that was in Charles' room. The older story that the chapel once stood next to this part of the house (Borwick Hall) is linked with a grey monk who walks through at 5 am to go to matins was the one I was thinking of when, in the very earlyhours )4 am) I woke for no reason and felt that the room had gone very very cold. I stayed under the covers tuill after 5 am just in case..!

I stayed here the outside is lovely but I had to stay in the horrible, prison, council rooms

Stayed here 2 years ago very creepy atmosphere but fun activities to do.

I stayed at Borwick Hall when I was in my last year of primary school. Very creepy yet fascinating place. I now live in New Zealand and was just telling my husband about Borwick Hall and have been googling for the last hour. It's placed like this that make me miss England!

My farther was brought up in borwick,in Sanders farm I visited borwick meny times ,and always wanted to see behind that big wall ,I am defiantly going to visit borwick hall now .

I have just been to Borwick Hall and loved it.

I didnt see a ghost